Sooner or later everyone starts worrying about how to slow down aging or at least how to control the appearance of visible signs of aging. While most people accept that aging is a natural part of human life, not everyone ages at the same rate. Some people seem to grow old very slowly while others begin to show signs of aging very early.

There are many theories of aging in scientific literature. They fall into two main categories: (i) Programmed and (ii) Damage or Error Theories

Programmed Longevity Theory – this theory essentially says we are programmed to age and die. This theory explains why and how death is an inevitable part of being human. This theory postulates that every human body follows a programmed, genetically predetermined timetable.

The Damage or Error theories on the other hand say that every human body is built for a long life but damage to the living organism due to environmental factors and stress can accumulate over time and reduce the lifespan of an individual.

The scientists who founded Hylunia found that environmental and lifestyle factors can certainly lead to DNA changes that in turn can lead to premature aging.

They found that “Continuous inflammation, (including sub-clinical inflammation) is the root-cause of premature aging and can lead to the development of chronic diseases in human beings.”

Changes in DNA are linked to aging and diseases like cancer. The immune system tries to repair the damages done to the DNA; however, the immune system fails to handle all the DNA damage if the body is overwhelmed by free radicals.

We show below what premature aging looks like and what causes inflammation. 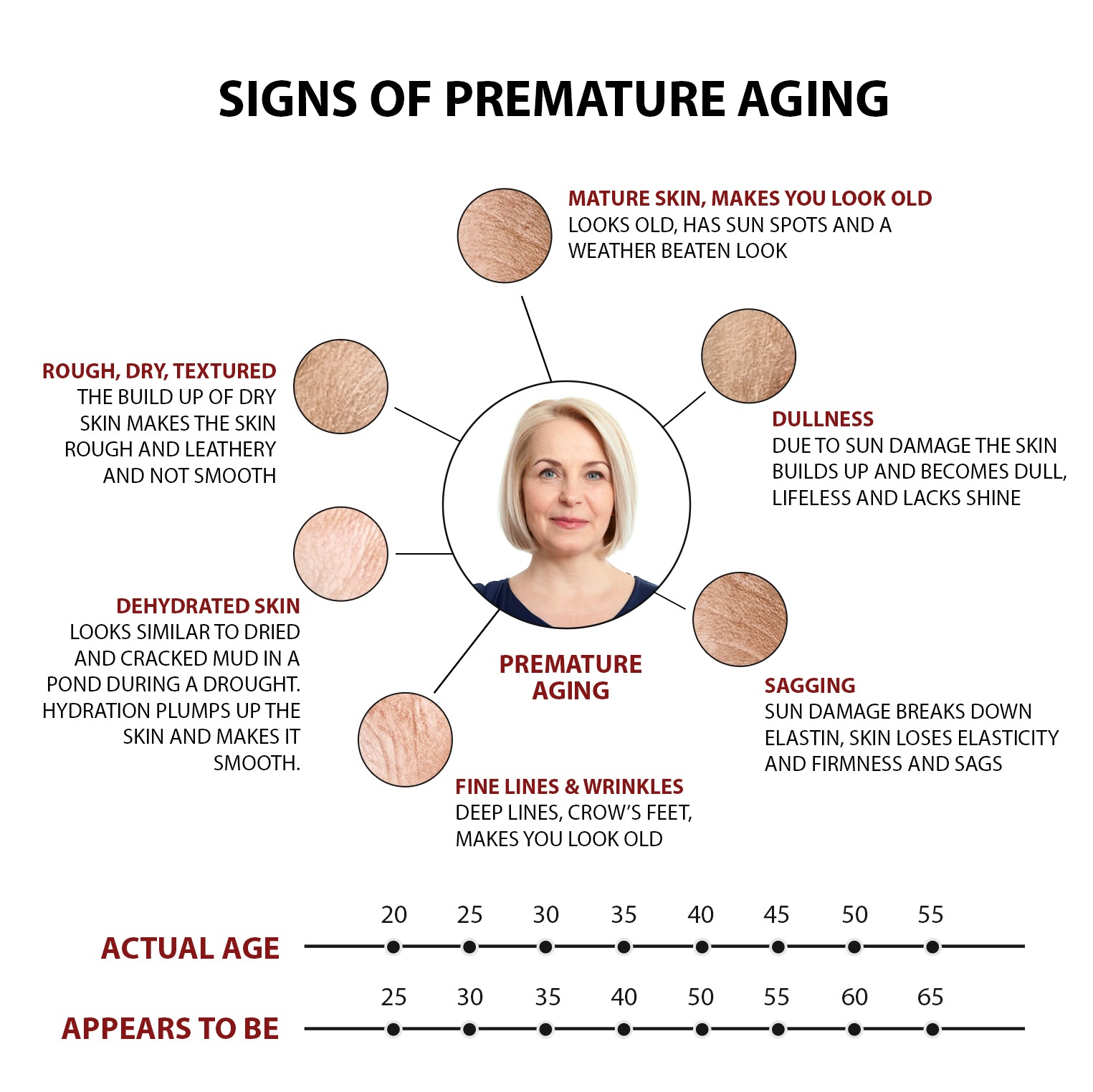